Millions of Rewarding Jobs: Educating for a Career in Cybersecurity

Our greatest inspiration is the success stories from our veteran students. It is why we do what we do. We’ve helped over 4,000 veterans transition out of the armed service into successful civilian careers. These stories mean so much to us that we want to share them with you:

Take Juan Pacheco, who is the subject of a recent news story out of Cincinnati.

Discharged from the Marine Corps in 1985, Juan hadn’t been in school for a very long time.

Having hit on hard times (he says he was close to sleeping under a bridge and struggling to care for himself and his special needs child), he reached out to an organization called Easterseals for help. Run by fellow veterans, they provided him with resources to find immediate employment at United Way. Recognizing that Juan had an aptitude for computers, the organization then offered him a scholarship to attend New Horizons to pursue certifications in networking and security.

‘Give it to a younger guy,’ Pacheco told them. And they said, ’No, this is for you.’

He is now finishing up his program and excited about his amazing job prospects. 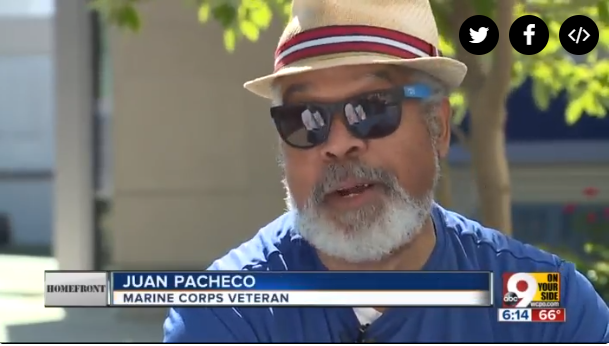 We hear the same thing from our veteran students every day about the challenges of transition and pursuing a life in the civilian sector.

But at the end of every challenge is a great triumph, and it is a privilege to help veterans succeed and be a part of yours!

7 Ways to Prepare Yourself for Your Job Search

Why Get Your CompTIA Security+ Certification